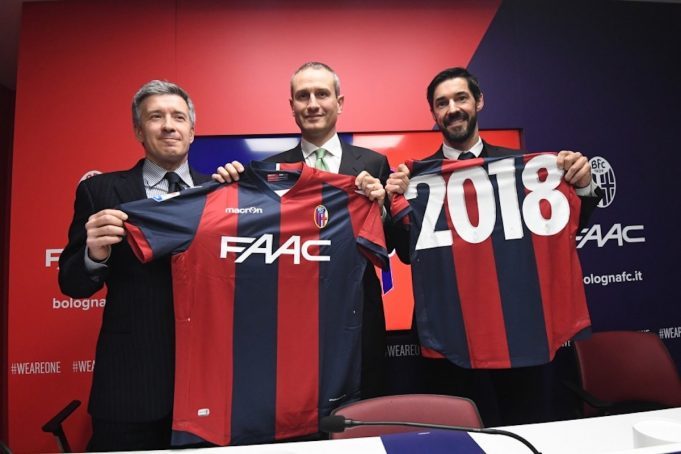 Bologna Fc 1909 and FAAC SpA announce that the current sponsorship deal has been extended for the 2017-18 season. It is an extension of an agreement which has brought together Bologna Fc and FAAC for the past two seasons, with the company remaining as the main partner and feature on the Bologna kit for the next season.

“We’re proud that FAAC as a local company with an international reputation have renewed their partnership with Bologna for a third year,” said CEO Claudio Fenucci. “This continues the exchange of values and our club’s development project for the future.”

“We’re happy to associate the FAAC brand to the Bologna Fc shirt for a third year,” said the FAAC Simply Automatic director Jacopo Malacarne. “We’re happy because the interest in Italy for Serie A allows the efficient diffusion of the FAAC brand, putting it in front of millions on TV and engaging with hundreds of clients at the stadium. We’re confident that apart from sharing values of work, integrity and valuing youth, we also hope to see ever-improving results from Joey Saputo’s wonderful project at Bologna.”

“To renew the contract with FAAC after that with Macron shows the credibility of the Bologna project and our partners’ satisfaction in the investments they have made,” said Director for Marketing and Sales Christoph Winterling. “This renewal shows our will to develop alongside the local area and bring consistency to the relationships that we have with our sponsors.”