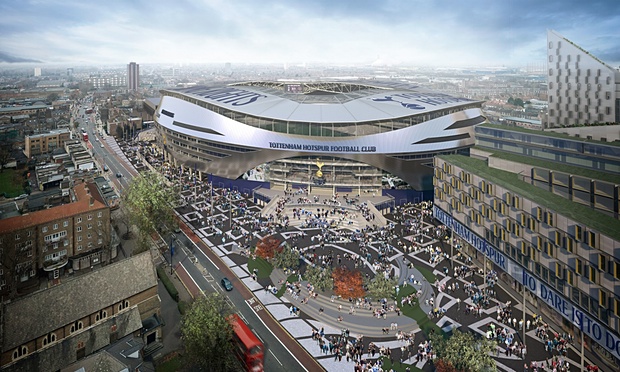 The roof over Tottenham’s new covered stadium won’t be just a roof, but a real experience for the fans. The structure will actually contain a Skywalk that anyone will be able to access and walk across almost the very top of the stadium.

Not only this, but there will also be a luxury restaurant that will hang from the roof itself, thus becoming an absolutely unique location within the stadium.

Working with Spurs to make these innovative ideas into reality will be an Italian company, Redaelli Tecna SpA based in Gardone Val Trompia, in the province of Brescia.

Redaelli specialise in producing steel cables for various forms of tensile structures, from industrial structures, bridges and observation wheels (for example, they were involved in the construction of the High Roller in Las Vegas, currently the highest in the world) to sports projects.

Redaelli is, in fact, one of the biggest companies in the world when it comes to the construction of suspended covers for sports stadiums. The Bresciano company specialises in the assembly of cables, knots and tie rods, and have worked at a world class level on sport-based projects in the past.

Having already worked on the Juventus Stadium in Turin, Redaelli were also heavily involved in the construction of the National Stadium in Warsaw (Narodowy Stadion).

The stadium, which was used at Euro 2012 including for the opening game, has a roof designed on the basis of a wire-spoked wheel, and its compression ring is pierced by 71m long radial girders, which converge towards the centre of the stadium from the outer edge.

Furthermore, Redaelli were first in line for the construction of three stadiums for the 2014 World Cup in Brazil. Arena Fonte Nova (Salvador), Estadio Beira-Rio (Porto Alegre) and Estadio Mane Garrincha (Brasilia) were the three stadiums that the Brescia-based company were commissioned to work on, with excellent results. In Salvador and Brasilia in particular, the production of around 9,000 metres of cables was essential to the construction of the roofs of the stadiums used at the World Cup.