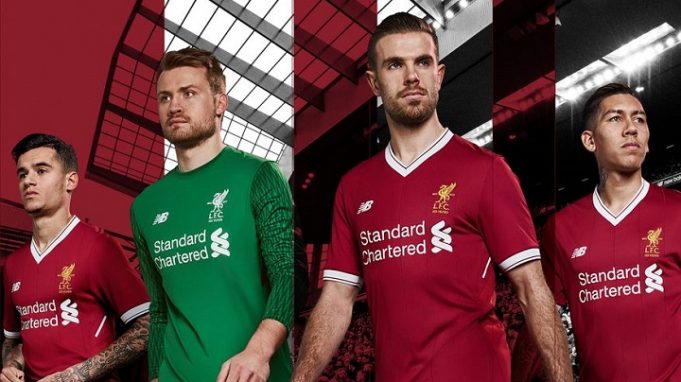 Liverpool has unveiled a deal with Western Union. The money transfer giant is the club’s first ever shirt sleeve sponsor.

The ‘Reds’ are following the Premier League trend to bank extra money from selling advertising space on their shirt sleeves. The Western Union logo will appear on the sleeves this season. The deal is worth £25million to Liverpool over five years.

According to ‘The Mirror’, those fans who have purchased Liverpool’s jersey before this deal was sealed will be able to add the patch free of charge.

Other Premier League giants are in negotiation or have already closed similar deals. Calcio e Finanza reported that negotiations between Tinder and Manchester United are going. The Red Devils could bank around $16 million a year.

Manchester City is the first Premier League club that announced an Official Sleeve Sponsor deal after signing an agreement with South Korea tire giant Nexen Tire for the 2017-18 season.