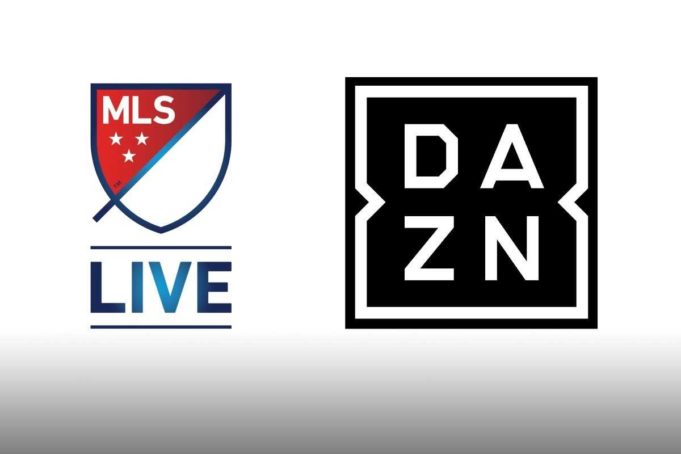 MLS LIVE moving to the DAZN platform in Canada, providing fans a minimum of 262 games in 2018

In addition to the live games, DAZN will also broadcast the other games broadcast by the TV networks 48 hours later, giving fans replay access to every single MLS game.

This deal does not include the MLS playoffs, DAZN will carry the MLS feed and broadcast it on their network.

Here are the details as per the DAZN press release:

Under the new partnership, effective this weekend when the 2018 MLS regular season begins, MLS’ direct to fan streaming service, MLS LIVE is moving to the DAZN platform. MLS LIVE includes a minimum of 262 regular season games that will be available on DAZN’s growing platform in Canada. An additional 129 games (involving all three Canadian MLS teams) will be made available in full and condensed form on a 48-hour delay.

“It’s a tremendous time to be a soccer fan in Canada, and we know the sport has entered a new era nationally, with impressive growth in interest and in fandom,” said Alex Rice, Managing Director of Rights for DAZN. “We are proud and excited to be offering fans even more soccer content on our platform, making it the destination with the most soccer in Canada.”

“We are thrilled to move MLS LIVE to a great new platform in Canada while providing our Canadian fans a way to watch MLS action all season long,” said Diego Moratorio, General Manager, MLS Canada. “DAZN will expand the reach of MLS LIVE, providing supporters easier access to the games they love.”

MLS enjoyed a record year in attendance and viewership on TSN and TVA Sports in 2017, highlighted by Toronto FC winning MLS Cup. MLS is poised for continued growth in 2018 with an influx of young players, a new Club in Los Angeles, LAFC, and new stadiums in Washington, D.C. and Los Angeles. Soccer is growing across Canada, becoming the largest participatory sport in the country.

MLS joins an impressive soccer offering on DAZN’s growing platform, where fans already have access to every La Liga, Serie A and Ligue 1 domestic league game. Additionally, through its partnership with beIN SPORTS, Canadian soccer fans are able to watch the best of UEFA Champions League and UEFA Europa League competitions, as well as some of the recent 2018 FIFA World Cup Russia qualifying.

The 2018 MLS regular season begins tomorrow, Saturday, March 3, and Canadians can subscribe to DAZN by visiting www.dazn.com and by accessing all the great sports content on many of their preferred smart TVs, mobile, game console and tablet devices.

DAZN is the world’s first dedicated live sports streaming service and is currently available in Germany, Switzerland, Austria, Japan and Canada. DAZN launched in Canada in July 2017 with a host of sporting rights.

WTA Tennis, Red Bull Air Race, World Snooker, MotoGP and many other LIVE sports. This April, DAZN will be the only place to watch Team Canada go for gold at the Gold Coast 2018 Commonwealth Games.