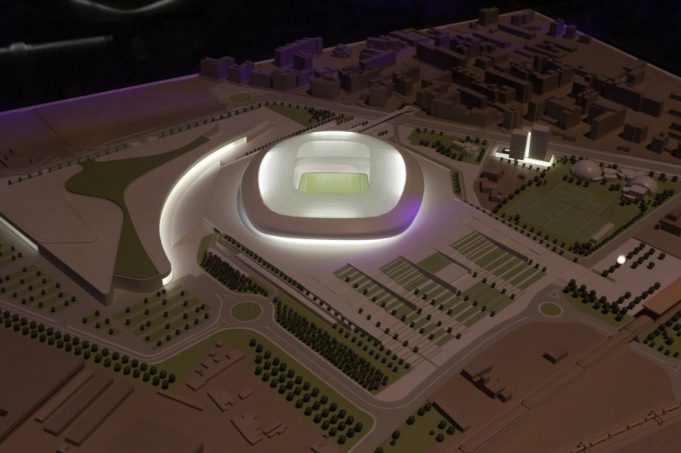 Fiorentina have revealed their project to construct a new 40,000 seat stadium, which is due to be completed by 2021. The plan has been quietly put together over the last few years following the initial identification of the site, and has now been fully announced to the public. Work on the new stadium is expected to begin in the second half of 2019 and will be completed within 2 years.

From the outside the new Fiorentina stadium will look similar to Bayern Munich’s Allianz Arena, while there are similarities on the inside to the Matmut Atlantique in Bordeaux. There will be two tiers around the ground, all 40,000 seats will be fully covered, and there will be full WiFi coverage inside the stadium. The stadium project has also considered accessibility, and there will be 700 covered parking places as well as 100 charging stations for electric cars and 1,000 spaces for bikes. In all, the project’s area will cover 52 hectares, and will include a 77,000 square metre commercial sector, 176,000 square metres of parking and a 200-room hotel.

The Fiorentina owner, Andrea Della Valle, and executive president Mario Cognini presented the project together with Florence’s mayor Dario Nardella in the city’s famous Palazzo Vecchio on Friday, at an event that was also attended by the minister of sport, Luca Lotti.

“We’ve successfully identified a sustainable financial plan as part of the project,” Cognini said of the €420 million project. “Initially we will be financing this ourselves, but we’re confident that in the future we will be able to bring partners in.” Only €130 million of the total €420 million will be for the stadium itself, the remainder will be spent on the commercial sector and public works (including redevelopment of the Mercafir area in which the stadium will be built). “This is a historic moment,” Della Valle enthused. “A lot has happened over the last nine years. Finally, today, we’re able to present a working project, which we already presented to the city hall at Christmas. We’re absolutely convinced by this project, even if there are still a few small problems to overcome. We need four years to complete this. We’re at a more advanced stage compared to Roma. It’s a big opportunity for the city, for us, and for a radical change in how Italian football works.”

Like Cognini, Della Valle also underlined the necessity of bringing in sponsors and other private investors in helping the club to finance the stadium. “We will be making investments in this, as will some partners, but there’s nothing concrete on that front yet. We’ll give you more information on this in the next few months.”