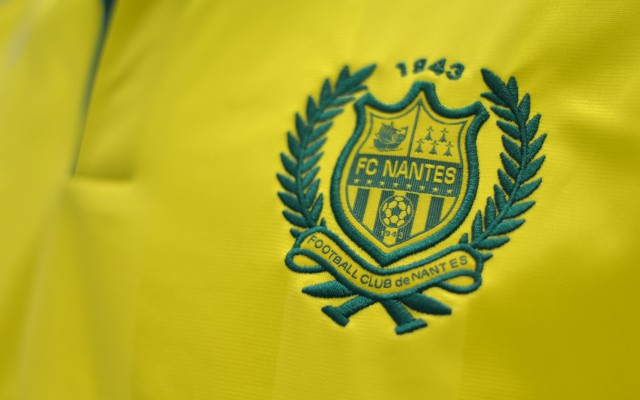 When Baptise Huriez took on the role of marketing director at FC Nantes last year, he arrived to find a club severely lagging behind not only Europe’s top clubs in its marketing operations but also the likes of Paris Saint-Germain and Monaco.

Nantes, who are eight-time winners of Ligue 1 (most recently in 2000/01), didn’t have a dedicated marketing team – a marketing department would be set up on his arrival – but the potential to develop and grow the club was there. A 2013 study by Repucom showed that Nantes, who had only just won promotion back to Ligue 1, were in the top 6 most-talked about clubs in the national media.

Eric Chevrier, who has been the club’s commercial director since 2008, explained in a 2015 interview that finding new commercial partners “is more difficult because competitive pressures have increased. There are more players on the market. Businesses are solicited much more now than in the past. This difficulty forced us to professionalise and find new arguments.” Relegation resulted in Nantes’ existing sponsors abandoning them in 2009 “on the pretext that they would have less visibility in Ligue 2. But in most cases, budget cuts also had an effect on their decisions. We had to redouble our efforts to regain a satisfactory level of commercial revenue.”

After re-establishing themselves in Ligue 1, Nantes brought in Baptiste Huriez – who has previously held marketing positions in the media with M6 and Figaro – in July 2016. Since then, Huriez has helped to increase the club’s marketing and commercial activity through a number of innovative strategies and ideas.

Huriez now leads a five-strong marketing team – including a community manager and a graphic designer – with the aim of developing Nantes’ marketing activities. “We work with a wide range of partners,” Huriez explains in a long and detailed interview with ecofoot.fr. “This goes from small, local businesses who occasionally buy VIP tickets to watch games at La Beaujoire [the club’s stadium], up to big groups like Synergie or Manitou who are able to invest several million Euros to associate their companies with FC Nantes. Some of our partners are trying to increase their company’s visibility, others are more interested in networking.”

Introducing a dedicated marketing team has allowed Nantes not only to build a wider portfolio of commercial partners, but also to involve supporters in marketing activities that were previously closed to them. For example, last year Nantes launched a campaign called ‘Pimp Ma Beaujoire‘, where supporters were invited to choose between eight different designs for the renovation of the club’s stadium. Each design was hosted on a dedicated website and gave a 360° view of the inside of the stadium. It was a notable success as over 70,000 supporters cast their vote. Other innovative campaigns have included ‘Pokematch‘, which launched at the start of the 2016/17 season. Using the same mechanics as Pokémon Go, fans could win two tickets for each home match by searching for a hidden location in the city of Nantes using clues given to them by the club.

“Our main objective is to widen our fan base so we can reach out to as many people as possible, while trying to retain the loyalty of our core supporters. We want to interact with our supporters as much as possible, in order that we can create a true relationship with our fans while satisfying their needs.”

As with many clubs, Nantes use social media as a key tool to connect with their fans. Monitoring interactions on Twitter and Facebook, such as the number of clicks on Twitter or number of engagements with the Facebook page, allows Huriez and his team to carry out numerous tests and refine their communication strategies.

“Even so, we aren’t always able to put precise indicators in place to allow us to measure how effective our strategies are. So we regularly look to innovate in order to surprise our fans.”

This quest for innovation has led Nantes, like an increasing number of other clubs, to enter the world of eSports in recent months. “We – and [owners] Waldemar and Franck Kita – want to modernise the image of the club and rejuvenate our fan base. By investing in the eSport industry, we can reach out to 15-34 year olds through a medium that appeals to them.” Huriez admits, however, that it is a long process to make these sort of enterprises profitable. As with any business, implementing new commercial and marketing strategies takes time to become profitable, and Nantes’ eSports venture has been no different. “We don’t have a fixed deadline to begin breaking even. That said, we want to implement a viable economic model quickly in order that we can proceed to the next stage of our project. After launching this activity with FIFA 17, we want to expand our eSport activities to include other games as well.”

eSports are not the only method Huriez has used to rejuvenate their fan base. Nantes also created an official Snapchat account, ideal for appealing to a younger audience, and in order to make the most of this new social media platform they engaged former Nantes defender Marcel Desailly to lend his face to the launch. “If we only made a simple announcement about our new Snapchat account, we would have struggled to get many new followers. So, very early on, we got in contact with Marcel Desailly. We felt he was the ideal person to help us launch our new Snapchat account, and his personality – and his inimitable laugh – made the launch a big success on social media.” While the progress Nantes have made in their marketing efforts has been impressive, Huriez acknowledges that there is still a lot to do. Nantes have recruited a full-time community manager to help develop the potential of the club’s digital media channels from simple methods of communication into concrete revenue streams. The club are due to revamp their website, with additional sponsored content, exclusive videos and sponsored gaming all under consideration.

The importance of monetising the club’s website is key, as Huriez explains. “On average, we have over 23,000 fans for every home game, which means nearly 500,000 people a year. Now, via our digital platforms, we can reach these same 500,000 people in just a few days! We are therefore firmly intending to develop our revenue streams through better monetisation of our digital platforms in the years to come.”