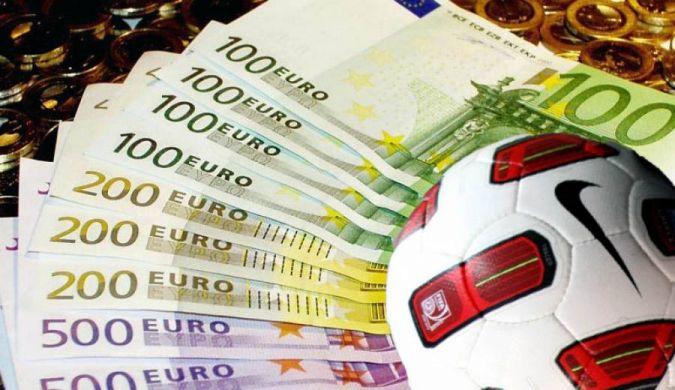 According to a new study, clubs who spent the most in the transfer market haven’t always been the most successful, and major clubs including Inter and Manchester United have severely underperformed this season.

The CIES Football Observatory have analysed the amount of money spent by clubs in Europe’s top 5 leagues in 2016/17, comparing their ranking by transfer expenditure on players who have taken to the pitch over the course of the season with their current league ranking to judge how successful their business has been.

Looking at each league from this perspective, the best-performing clubs are all teams who spent less than the median amount, with Atalanta and West Bromwich Albion coming out on top overall (whose league positions are 10 places above their transfer expenditure).

While money doesn’t always guarantee success, it certainly goes a long way towards doing so in football: the clubs who have spent the most amount of money in each league are either top of their respective leagues or challenging for the title. Juventus (€411 million spent on players) and Bayern Munich (€356 million) are top of Serie A and the Bundesliga, while Real Madrid (€653 million) are in 2nd place in La Liga for now but are level on points with Barcelona and have a game in hand. PSG (€610 million), meanwhile, are in 2nd place in Ligue 1 but are lagging 3 points behind Monaco having played a game more. The one exception is Manchester United (€698 million), who spent the most of any club but may not even qualify for next season’s Champions League as they languish in 5th place in the Premier League.

Jose Mourinho’s side aren’t the only club to be severely underperforming. Inter (€301 million) spent more than anyone else in Serie A this season (except for Juventus), but are currently only in 7th place: 5 places below their transfer expenditure ranking. Only 9/98 teams have dropped more places than the Nerazzurri. These sides include other big clubs such as Valencia (€183 million), who are only in 13th place in La Liga despite spending more money on players than every other club outside the current top 3, and relegation-threatened Wolfsburg, currently outside the relegation play-off places on goal difference even after spending €186 million on players this season.

In fact, Bundesliga clubs in general are among the teams who are most guilty of over-spending and under-achieving. Wolfsburg, Bayer Leverkusen and Schalke 04 all spent more than anyone else except the big two of Bayern Munich and Borussia Dortmund, yet Leverkusen are looking nervously over their shoulders at the bottom three and Schalke are only in 10th.

That said, the figures also show that it is clearly necessary to invest in the squad in order to achieve results. The teams who are currently occupying their respective leagues’ relegation zones are generally those who could only afford to spend frugally on players: Middlesbrough, Bastia, Nancy, Osasuna, Sporting Gijon, Crotone, Pescara, Darmstadt and Ingolstadt are all ranked in the bottom 3 in both their league tables and in terms of their transfer expenditure.