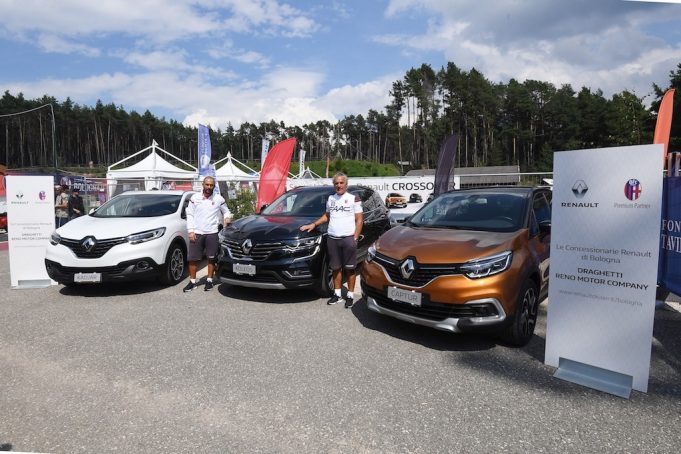 Renault Italia (Renault Draghetti and Reno Motor Company) have been selected to be the club’s new Premium Partner for the 2017-18 season.

The Renault dealerships in Bologna have provided 15 commercial and passenger cars to the club. These vehicles will be used by the club’s directors and Rossoblu personnel, including players from the youth sector. The New Captur, Espace, Trafic Passenger, and the Master… these vehicles branded Renault  have been chosen to satisfy the passengers in terms of comfort, connectivity, and technology.

Renault’s fleet was unveiled at Castelrotto on Sunday, the location where the team is currently training for the next season. Emidio Draghetti and Luciano Benfenati (two Renault dealers) together with the coach of the Rossoblu Roberto Donadoni attended the delivery.

“This path of sponsorship represents an important goal for our company, also demonstrating the synergy between Draghetti, Renault and Bologna. This grants us great satisfaction from both a commercial and sporting perspective. I am certain that the love for our city will bring great results,” said Emidio Draghetti, owner of the Draghetti dealership.

Also the owner of the Reno Motor Company dealership, Luciano Benfenati, expressed his happiness for this new partnership with such a glorious club.

“We believe that the values of a historic and prestigious club like Bologna are much similar to ours. We maintain and develop a sense of unity based on a united workforce, disseminating skills and supporting each other.”

“This deal with Renault, one of the market leaders in the automobile industry, represents an important step for Bologna in terms of growth. Renault’s choice to invest in Bologna demonstrates the credibility and market appeal that this club has.”