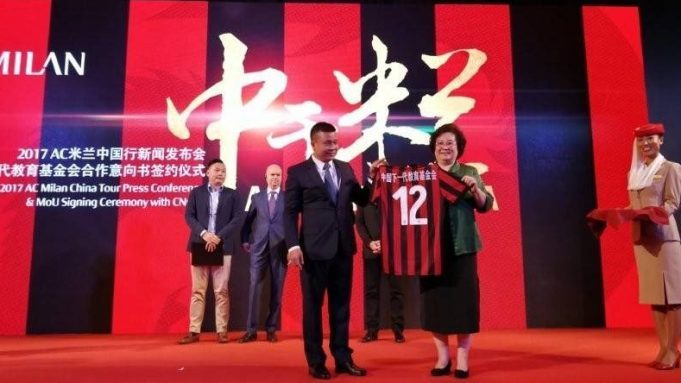 Ever since the closing of the sale of AC Milan to a group of Chinese investors led by Yonghong Li – thanks in large part to the financing of the venture of Elliott Management Group, there has been lots of speculation on the new owner’s ability to pay off the debt before the due date of October 2018.

As previously reported, should the debt not be repaid in time, Elliott would become the de facto Milan owner and own all the assets at a significantly lower price than what they were purchased for.

Milan CEO Marco Fassone, who is directly involved in this dossier with the help of legal advisor Riccardo Agostinelli and financial advisor BGB Weston, would like to conclude the financing by spring 2018.

The first phase of the work (due diligence) by Highbridge should conclude in the coming days. If all goes well, the negotiations would then take place to get the funding to repay Elliott. There are two debts to repay, the debt of the club (Milan) and the debt of the holding company (Rossoneri Sport).

While companies like Bofa-Merrill Lynch and Goldman Sachs were ready to refinance the club, they were reluctant to refinance the holding company. In the event that worse case scenario would occur, Elliott would take over Milan and Yonghong Li would lose all his investment made to date.

What would Elliott decide to do then?

The first option would be to sell the club to a new owner, having an auction with anyone interested to acquire the assets and giving them to the highest bidder.

Alternatively, Elliott could keep Milan. Although premature at this point as a potential scenario, there are signs from London that they are considering this possibility.

In fact, according Calcio e Finanza sources in the finance world, Elliott is already searching for new management to run the club. Gordon Singer, 43 year-old son of Elliott founder Paul Singer and head of their London operations, is seriously considering to keep Milan. The Singer family is passionate about football and are noted fans of Arsenal.

It is also for this reason that, according to sources consulted by Calcio e Finanza, a headhunting department of marketing firm Creative Artists Agency (CAA) has started searching potential executive candidates and managers to run Milan by the American led Elliott Management Group in recent weeks.

It is safe to say that Singer Jr wants to be prepared in case Yonghong Li defaults on his loan. Till then, the balls rests in Li’s hands and the management he chose to run the rossonero club. The upcoming decision on the voluntary agreement, and in case of a negative response, subsequent settlement agreement, and conclusion of the work performed by BGB Weston with Highbridge (and potentially other finance firm) will give a clearer picture of what the future holds for Milan by the spring of 2018.