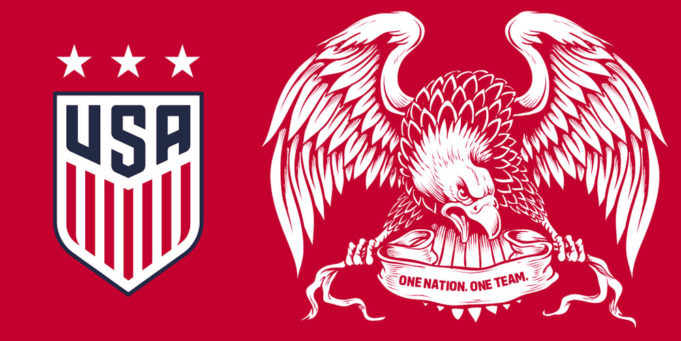 The FIFA World Cup is just two months away and the failure of the United States to qualify for a trip to Russia has raised many questions about the state of soccer in America. One of the main issues raised was the never ending debate about promotion/relegation in U.S. soccer.

To elaborate on this topic vis a vis the MLS, Calcio e Finanza reached out to former MLS and U.S. Men’s National Team player Kyle Martino who is in favour of an open system. Martino is currently an analyst for NBC Sports covering the Premier League and was also a candidate for the 2018 U.S. Soccer Presidential Election which was ultimately won by Carlos Cordeiro back in February.

Q1. The debate about promotion/relegation in U.S. soccer has been going on for years. You have publicly stated being in favor of an open system. Why are you confident such a system can work in the U.S. ?

Because it is the ecosystem that football thrives in throughout the rest of the world. It’s important to understand how the uniqueness of our sports landscape creates challenges to the installation of that format in the short term, but it’s clear planning to open our system would solve many more problems than it would create. The single-entity MLS model was essential to creating the stability our top professional league enjoys today, but we have outgrown the need for that strategic safeguard.

We have reached an inflection point where that system is delivering diminishing returns when you factor in the dilution of talent, growing dissatisfaction with artificial parity and negative effect lack of upward mobility has on local player/fan development. Those who desire Promotion/Relegation must understand it is no panacea but you can’t deny it is the main ingredient in the leagues of all great football nations and should be our aim not our anathema. I believe an open system can take football in this country to another level & help it gain market share in our crowded sports landscape by increasing interest with a compelling sporting meritocracy.

Q2. Promotion/relegation is a foreign concept in north american sports, and the MLS has been against it. Do you feel the barrier of “this is how we always did things here” can be overcome?

Of course it can, we import leagues from all over the world that have promotion/relegation and I’m fortunate to work on the one consumed by the most fans in our country. Since titles are rarely decided on the final day it’s the relegation battle which brings the most drama every season and fans are constantly letting me know how much they love watching the fight to stay up. It also gives more significance to every regular season game which makes for a more compelling watch every weekend. Promotion and relegation is sports Darwinism, the weak die off. Someone told me once it’s like watching a marathon, if you took out the slowest 3 racers every hour the average time would increase.

Q3. To my knowledge, there is no open system with leagues that also have salary caps. Would your proposal mean the end of the salary cap in MLS, or can it remain nonetheless?

FFP and other mechanisms have tried to create versions of salary caps which I think are a good idea. Player valuations and agent fees inflation rates threaten to create a bubble that could burst. You can’t hope to have a billionaire owner for every team to guard against poorly managed P&L ratios. There are ways to institute salary caps without watering down the natural disparity between the big spending clubs and the more fiscally responsible underdogs.

Q4. Zlatan Ibrahimovic has joined the MLS and from a marketing perspective this will give the league a tremendous boost. When it comes to Designated Players in the MLS, the majority of them are concentrated in the biggest markets/top spending clubs. With promotion/relegation wouldn’t this divide the clubs even more, i.e, DP’s would not want to sign for “smaller” clubs they feel could risk being relegated?

That’s the way it is all over the world. What you can pay, where you are located and how successful you have been will determine your ability to attract the big stars. That’s already going on now in MLS where some clubs based on the above can’t shop in the big name market. Huge stars tend to not sign for relegation fighters which either forces those clubs to improve their quality or naturally brands them as “blue collar” or “underdog.”

There is a lot more to attracting fans and interest than signing household names, but as long as there is a top division in the US with clubs in big cities there will be big stars coming over. And seeing those “Big Clubs”, with their big budgets, and their big stars come to your stadium and leave with 0 points is one of the great parts of the game. Even if it doesn’t happen often.

Q5. You recently tweeted “If FIFA were serious about U.S. complying with “sporting merit” requirement they could accept 2026 bid contingent on an open system by then.” Can you elaborate ?

If FIFA were serious about US complying with “sporting merit” requirement they could accept 2026 Bid contingent on an open system by then. Would pit 💰against 💰

I have heard advocates for promotion/relegation argue that we are not in compliance with FIFA mandates because of our closed system. They say FIFA states participation in a top professional league is supposed to be based on “sporting merit.” If MLS violates this mandate, and I see arguments for why it does, then it would mean FIFA has the authority to impose sanctions on MLS/US Soccer until they comply. If that were true it means FIFA has not intervened and one has to wonder why. If it isn’t true then there is nothing forcing the US to adopt the competitive format used around the world. My tweet was an attempt to highlight this conundrum and offer a practical solution for how FIFA could apply pressure in a less authoritarian way since it’s clear they haven’t so far.